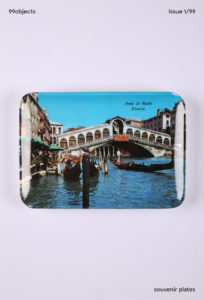 The protagonists of our first volume, which will be published in October 2017, are the souvenir ashtrays typical of the 60s and 70s. In these years there were various forms of souvenir ashtrays, those created for advertisement purposes were especially common. As one can see in the selection presented in our book, the souvenir ashtrays produced with a merely souvenir function almost always had a standardized rectangular format, with very rare exceptions.
The photographed objects come from a collection that has been compiled by Rossella Ricci over the last 20 years. The collection consists of more than 300 pieces.
We selected touristic subjects with the aim of creating a broad overview of the variety of places represented on the numerous ashtrays in the collection. Since the collection was compiled in Italy, most of the cities and towns represented on the ashtrays are Italian. One of the reasons for that is also the fact that Italy was the place where the leading companies in melamine production were situated. Indeed, the production of many foreign souvenirs moved to Italy because of the country’s mastery in this sector. It is interesting to see how many different towns invested in the production of promotional souvenirs. Pinarella of Cervia and Bellaria are only few examples, the result of a boom of tourism at the seaside in Romagna. Some other subjects, unknown to the majority pf people, are equally interesting. Not having any reference to places that are part of the collective memory, they lose their souvenir function, creating a sort of short circuit.
The ashtrays are special and peculiar. A vestige of a now outdated form of tourism, they stand out for the shininess of their plastic, a result of melamine production. Melamine resins were largely used for the production of household goods, for example, plates and containers, as well as many other things were made of this material. Later on this material was adopted for the production of ashtrays, as an alternative to glass and metal. The melamine resins do not melt, a quality which guarantees extended use.
The first volume presents a selection of 99 various subjects: 93 of them with a white background and 6 of them set against a scene.
In these 6 pages, PetriPaselli connect the images of the ashtrays with images taken from magazines of around the same period. A dialogue/collision is created between the image, normally touristic and peaceful, and the black and white backgrounds, which are made up of details and reworked sections of the historic covers of Domenica del Corriere (the Sunday edition of Corriere). All of them were created by the famous Italian illustrator, Walter Molino.
These 6 images were reprinted to create fine art photographic series, printed on the cotton paper, 3 copies per each subject. 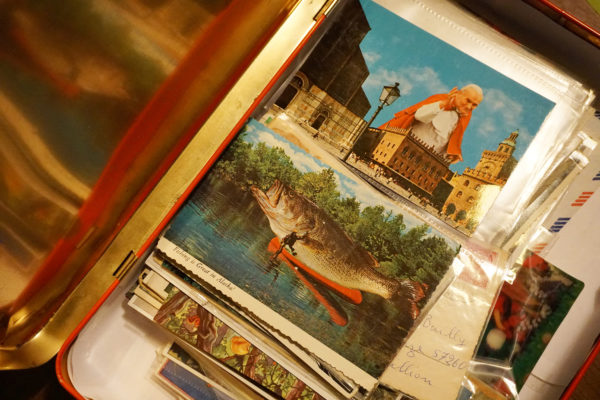 The dignity of ugly things

One of the most fascinating aspects of our work is meeting and getting to know the people who share our research and aesthetic interests. Often we come upon some pretty [...] 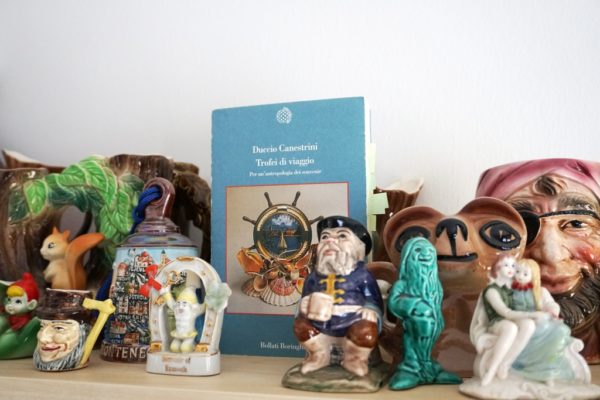 Starting with our first works of art we have always been interested in souvenirs as an artistic subject. One of our photographic series, commissioned by Flaminio Gualdoni for the journal [...] 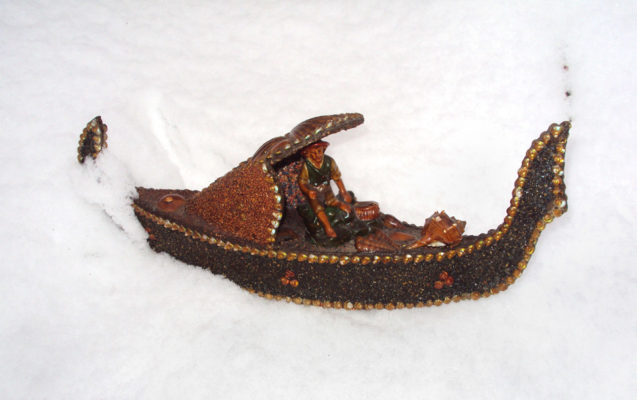 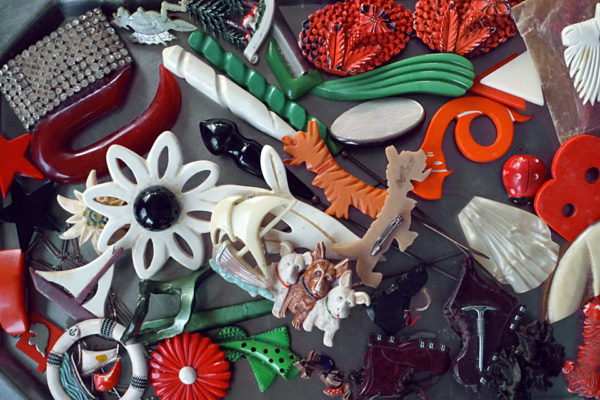 After introducing the collector of the souvenir ashtrays and the illustrator who creates the backgrounds for our works, we would like to examine the material that the objects themselves are [...]